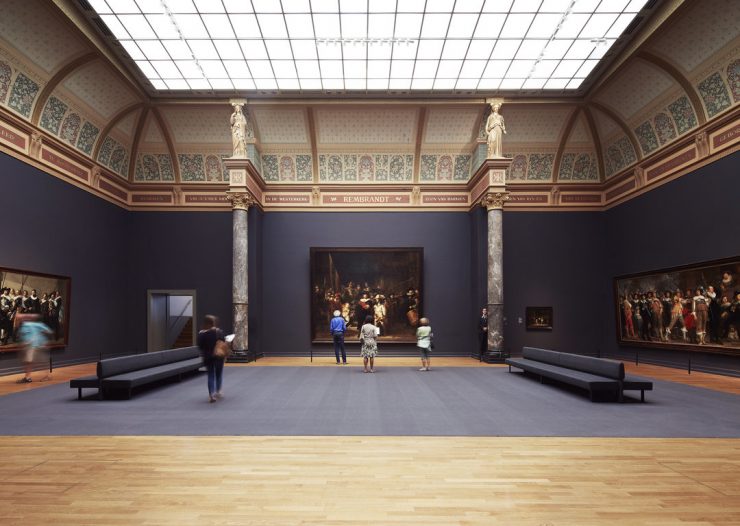 The Rijksmuseum and other world famous museums in Amsterdam

Amsterdam has a huge number of museums, including several museums that are generally regarded as top 10 museums in the world. That’s no coincidence because the Netherlands has long played a leading role in world trade and world politics. Especially in the 17th century, which is generally known as the Golden Age, the small trading nation experienced its glory days.

What has remained is a dizzying number of art treasures. Especially in the field of painting, Amsterdam has much to offer to today’s tourists. Rembrandt van Rijn, Vincent van Gogh and Johannes Vermeer are just a few famous names from whom a lot of work can be viewed in Amsterdam. Where you have to be to admire the very best, we have listed below.

This is the absolute must-visit museum with an overview of Dutch painting from the 15th century to around 1900. Some highlights of the Rijksmuseum are works by Rembrandt van Rijn, Johannes Vermeer and other great masters. You will find dozens of world-famous paintings here. You can also find sculptures, furniture, paneling, goldsmith’s work, ceramics, glass and textiles from a bygone era. The collection of history contains ship models, weapons, flags, gold and silver objects, costumes, documents, curiosities and objects that relate to the political and military history of the Netherlands.

Another Amsterdam top museum. View the largest collection of paintings and drawings in the world by Vincent van Gogh, one of the greatest painters of the 19th century. The collection of the museum contains over two hundred paintings, five hundred drawings and seven hundred letters from Vincent van Gogh, as well as his collection of Japanese prints. There are more than 23,000 works in the library. Some highlights of the Van Gogh Museum are The Potato Eaters, The Yellow House and Sunflowers.

In the shadow of the Westertoren is the world famous Anne Frank House on the Prinsengracht 263. The museum tells the story of Anne Frank through quotes, photos, videos and original items. You can view the house in its fully reconstructed state of 1944. There is also an exhibition space to visit on all forms or persecution and discrimination. The Anne Frank House is visited annually by 1.2 million visitors. The Stedelijk Museum Amsterdam is focused on modern and contemporary art and design. It was founded in 1874 and is internationally regarded as one of the most influential museums for twentieth-century art. The collection includes 90,000 objects, in particular paintings, sculptures and jewelery. You will find a dizzying number of masterpieces from many artists such as Karel Appel, Paul Cézanne, Kazimir Malevich and Gerrit Rietveld. Those who are interested in the maritime past can indulge in the Dutch Maritime Museum. It contains the second largest maritime collection in the world. The approximately 300,000 objects come from shipping companies, collectors and enthusiasts from the maritime and naval worlds. The collection includes paintings, ship models, weapons and world maps. Two ships are berthed at the jetty: the authentic steamship Christiaan Brunings and a replica of the VOC ship “De Amsterdam” from 1990.

The former house of Rembrandt van Rijn was built in 1606 on the Jodenbreestraat in the heart of Amsterdam. The stately residence of the world-famous painter has been opened to the public since 1911. Here you can view Rembrandt’s living room and workshop to get an idea of Rembrandt’s daily life. In addition to the original house, the museum also has a large collection of drawings and approximately 250 etchings by Rembrandt.

In the monumental building De Amstelhof is the Hermitage, a branch of the Hermitage in St. Petersburg. The museum is located in Amsterdam in its present form since 2007 and has grown into a top attraction in a short time. The complex contains two large exhibition halls and 48 cabinets. The Hermitage brings different exhibitions that can be visited every six months to a year. You can also view various restored parts of De Amstelhof.

The Heineken Experience in the former Heineken brewery at the Stadhouderskade is a major tourist attraction in Amsterdam. The museum tells the story about the history of the beer brewer and the brewing process during the years. You can follow a multi-media tour and consume refreshments during your stay in the museum café. The museum has been awarded a Thea award in the ‘Brand Experience’ category.