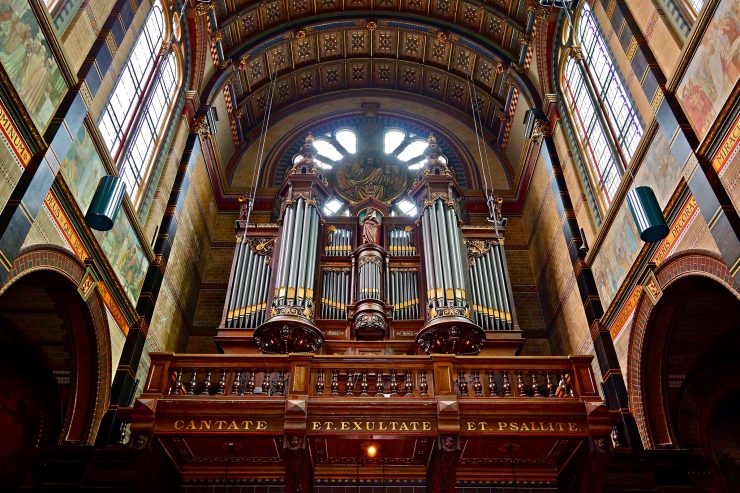 The role of the church in the Netherlands has declined rapidly in recent decades. That can’t be seen in the streets in Amsterdam. In the city you’ll find more than 160 churches. They all have their history, peculiarities and details. Especially in the city centre many historic churches can be admired. The oldest church is more than 800 years old.

When you visit Amsterdam, you certainly don’t have time to visit all churches. However, you will regularly pass a church that attracts attention. In the first place, of course, these are the large churches that reach out over the city with their high towers. We believe you’d like to know more about these striking buildings. In this overview we take a look at ten iconic churches. Some of these churches can be visited daily.

This is the oldest still existing building in Amsterdam. The first Oude Kerk (Old Church) was built in 1213 as a wooden building. Later it was rebuilt and renewed several times. The last major restoration dates from the mid-1990s. The church building is one of the top 100 Dutch national monuments and is still actively used. Nowadays there are also exhibitions and you can go there for guided tours.

This is a large church from the 15th century on Dam Square with a rich history. The oldest parts of the church are the choir and transept and around 1435 the construction of the ship started. The tower of this church has never been completed. The Nieuwe Kerk (New Church) therefore doesn’t have a church tower. Nowadays the church is best known for its royal inauguration ceremonies and royal marriages. You can visit the church for changing exhibitions.

This church on the Prinsengracht has become world famous from the diary of Anne Frank. It’s a 17th century building in Renaissance style. The church was taken into use in 1631. With 87 meters it contains the highest church tower in Amsterdam. In the Westerkerk (Western Church), Princess Beatrix and Claus von Amsberg were married in 1966. You can go here daily (except Sundays) and climb the church tower. It offers a great view over Amsterdam. The colossal St. Nicholas Basilica was built in 1884. It’s one of the few large Catholic churches in Amsterdam that has been predominantly Protestant since the alliteration. The basilica is located diagonally opposite the Central Station on the Prins Hendrikkade and is very iconic within the skyline of Amsterdam. The last large-scale restoration of interior and exterior dates from 1999. You can visit the church daily for a guided tour (except Sundays).

When this 17th-century synagogue was built, it was the largest in the world. It’s an impressive building with a library and a museum in the former Jewish quarter. The interior of the Synagogue, unlike that of the High German synagogues, has been preserved, including the copper candle crowns and holders, and dates back entirely to the construction period, which is extremely rare. You can visit the synagogue every day. The Sint Dominicus Church from 1884 is a large neo-Gothic Roman Catholic church on the Spuistraat. It was designed by Pierre Cuypers, a famous Dutch architect of churches. He also designed the Rijksmuseum and the Central Station of Amsterdam. Initially a very high tower of 93 meters was planned at the church, but this did not happen in the end. As a result, this church now has a curious dull church tower.

On the bustling Haarlemmerstraat you’ll find this architecturally important church from the nineteenth century. This church was also designed by Pierre Cuypers. It’s a cross basilica built in the period 1861-1889 with three striking slender towers and a three-aisled nave. The Posthoorn Church was in 1987 on the nomination for demolition but could hardly be saved. Nowadays regular exhibitions and concerts take place here.

The fairytale Vondel church was built in 1872 and designed by Pierre Cuypers, who also designed the Central Station and the Rijksmuseum. From 1880 to 1977 she was used as a church for the Catholic parish. It was the first church building in the world to be dedicated to the Most Holy Heart of Jesus. The striking church was built as part of the Vondelstraat. In 1999 the church was restored and today it’s a multifunctional building.

For a long time it wasn’t allowed to build Catholic churches in Amsterdam. This still actively used church on the Waterlooplein originated from a hiding church that already arose in 1641. The rectangular building dates from 1837 and is built in neoclassical style. It’s a three-aisled hall church with Corinthian columns. Once this church stood on the water of the Leprozengracht and Houtgracht. Both canals were filled in 1882.

At the Noordermarkt you’ll find the Noorderkerk (Northern Church), which was built in 1620. Just like the Westerkerk, about 700 meters south of this church, the Noorderkerk was built for the 17th century fast growing population of the Western Canal Belt and Jordaan. It’s the first church with a completely new plan with four equal arms. The floor is an intact field with sometimes more than 5 people buried under a zerk. 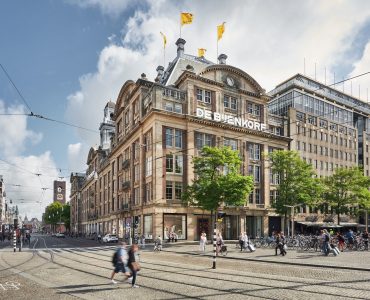